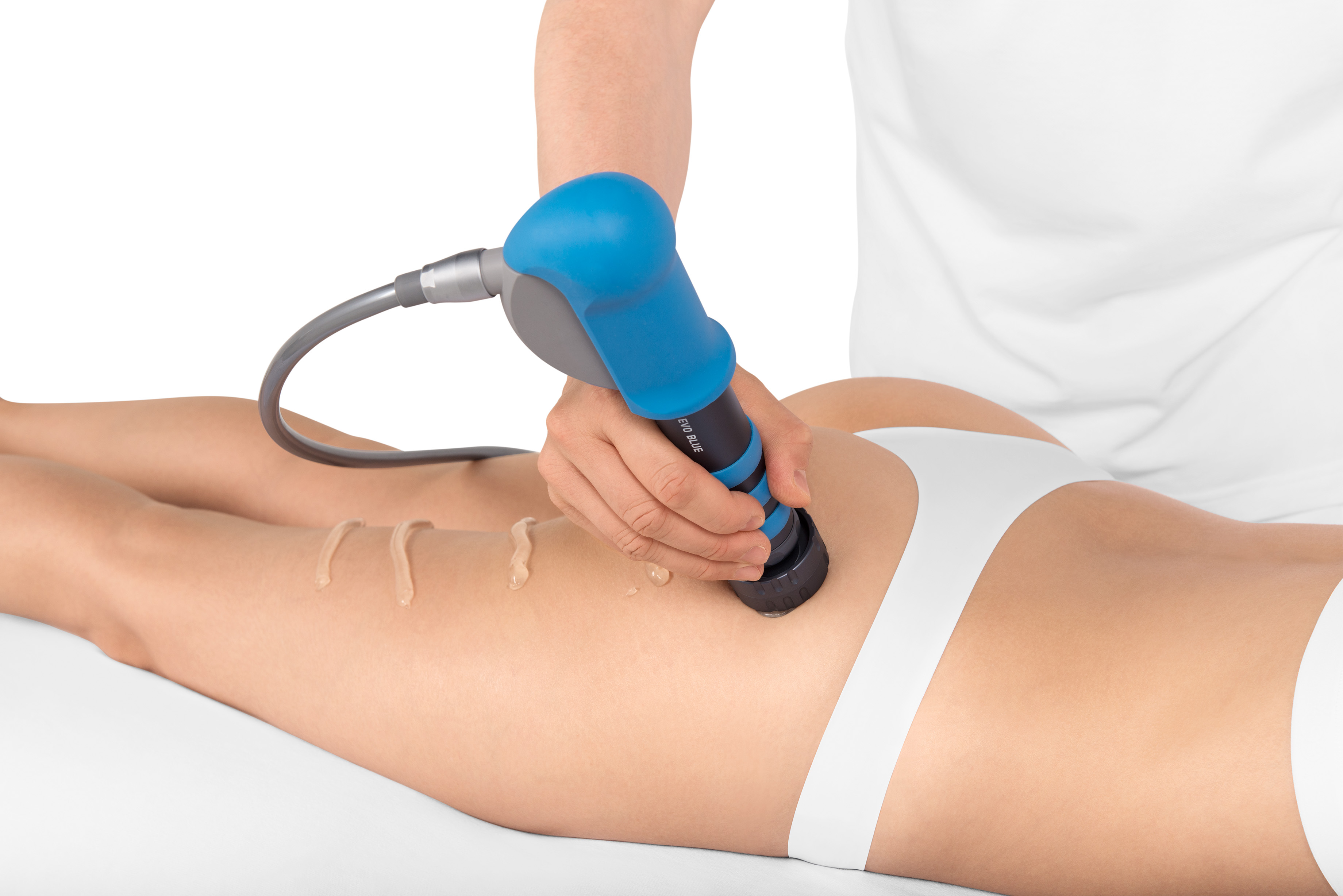 Cellulite is defined as a localized metabolic disorder of subcutaneous tissue.

The main clinical symptom is a modification of the topography of the skin characterized by skin dimpling and nodularity. Diagnosis is based on the clinical features of the disease. At the microscopic level, cellulite presents with herniation of subcutaneous fat with fibrous connective tissue, leading to an orange peel-like or padded appearance of the skin.

The condition occurs mainly in postpubertal women on the pelvic region, lower limbs and the abdomen, and is divided in four stages.
The first stage affects the microcirculation of the skin, with no superficial changes observed.
During the second stage (secretion stage) the vasodilation is converted into the release of liquids to the extracellular space, and the skin starts to develop an orange peel-like texture.
The third stage (fibrosing stage) is characterized by an increase in number and size of adipose cells which form micronodules (cluster). The hypodermal septa thicken and become turgid. The spongy appearance of the skin becomes obvious in a lying position.
The fourth stage (sclerosis stage) can be seen as aggravation of the fibrosing stage, with the hypodermal septa becoming harder and further thickening. The irregularities, depressions and protrusions of the skin are visible to the naked eye.

The etiology of cellulite is multifactorial, with the following factors playing important roles:
(i) genetic predisposition;
(ii) gender (females >>males);
(iii) ethnicity (caucasians >> Asian women);
(iv) lifestyle (an excessive, high-carbohydrate diet results in hyperinsulinemia, promoting lipogenesis; and prolonged periods of sitting and/or standing may cause alterations in the microcirculation of cellulite prone areas); and
(v) pregnancy.

Additional factors are localized tissue vascularity, hormonal influences, and postinflammatory changes. However, the actual differences between the pathophysiology of cellulite and ‘‘normal’’ fat are largely unknown.

Approximately 85-98% of all postpubertal females display some degree of cellulite, without definite explanation for its presentation. Nevertheless, affected women seem to have fewer and mostly perpendicular hypodermal fibrous septae, whereas these septae are more and arranged in a “criss-cross” pattern in unaffected men and women.