Get the latest SDCA News 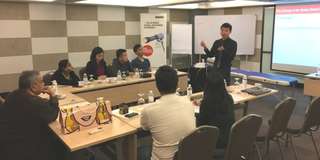 A glance at shock wave education in Malaysia

Tan Woo Teck is one of our official SDCA trainers in Malaysia and the Director of TAGS Physiotherapy and Rehabilitation Department, a division of Tonik Asia Group.
He recently and successfully conducted the first 2017 SDCA course in Malaysia organized by our local partner Evo Performance. He used his extensive knowledge and experience in combining shockwave with traditional physiotherapy during the course. 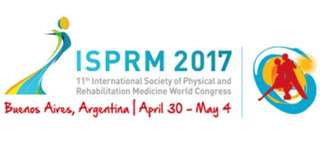 SDCA Education rises up in China

The SDCA has reinforced its position of leader in the Shock Wave Therapy education thanks to the ISPRM endorsement of workshops in China.
The 1st shock wave training endorsed by the ISPRM will take place in Shenzhen from August 17 to 21, 2017. This commitment will help shock wave therapy be widely applied in developing countries.
-> Come and visit the SDCA team at the ISPRM Congress which will be held this year in Buenos Aires, Argentina. 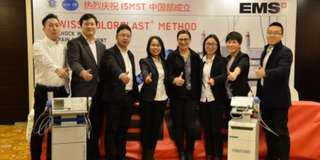 Dr. Tina Maio, SDCA official trainer and owner of the Coburg Osteopathic Clinic in Melbourne, Australia, lectured during the 4th Shock Wave Therapy Congress held on December 10 and 11, 2016 in Beijing where she was invited by the Congress Committee of the General Assembly to share her shock wave expertise.
Nearly 500 doctors and therapists attended this congress and exchanged their experience about shock wave therapy. It played an important role in promoting the development of shock wave therapy in China. 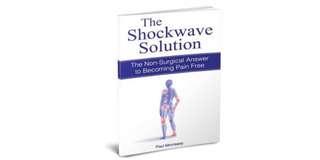 The Shockwave Solution is here

The SDCA welcomes this month the release of a brand new book entitled “The Shockwave Solution”.
The book written by Paul Morrissey, one of our SDCA passionate users, addresses to patients suffering from chronic pain and helping them understand more about Shockwave Therapy as a non-surgical alternative to become pain free.
-> Discover the pre-release copy of his book ! 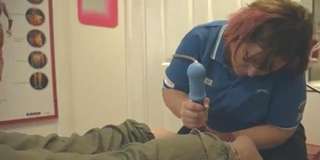 „Why I love shock wave therapy“ 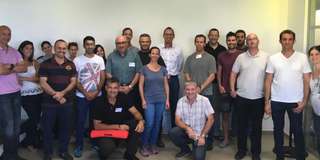 What makes a good shock wave lecture ?
Know your audience. Be inspiring.
This is how Bepex, the EMS Swiss DolorClast® partner successfully organized SDCA training courses in Israel with Per Andersen, one of our Swiss DolorClast worldwide experts and lecturers. The courses held recently in Even Yehuda were focused on hands-on performance and perceived as challenging and thought-provoking. 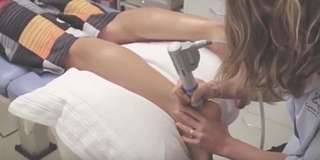 The secret to better performance

Holly Khan is the principle senior podiatrist and owner of Central Podiatry in Australia.
Recently appointed as SDCA trainer, she is also a professional triathlete and shares her experience with us showing how the Swiss DolorClast Method is her “secret strategy” to gain outstanding results and get athletes back on track.
Check them out on Youtube !
-> video 1 and video 2: „Swiss DolorClast : choice of Olympians for treatment of sports injuries“ 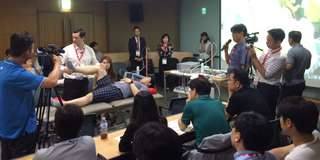 Dr. Adam Gavine, newly certified SDCA trainer from Australia, has been invited to lecture at the last SDCA course in Seoul on July 24, 2016. He was supported by Dr. Jah-Man Lee, newly certified SDCA trainer from Korea and shock wave expert.
The course was mostly focused on hands-on training.
Follow Adam Gavine who is a Sports Chiropractor and a musculoskeletal specialist based in Sydney.